Quindim is an intensely yellow custard that combines egg yolks, sugar, butter, shredded coconut and coconut milk. It is Salvador de Bahia's most popular dessert, and this month's recipe for the featured country, Brazil, of our #ATW12P. 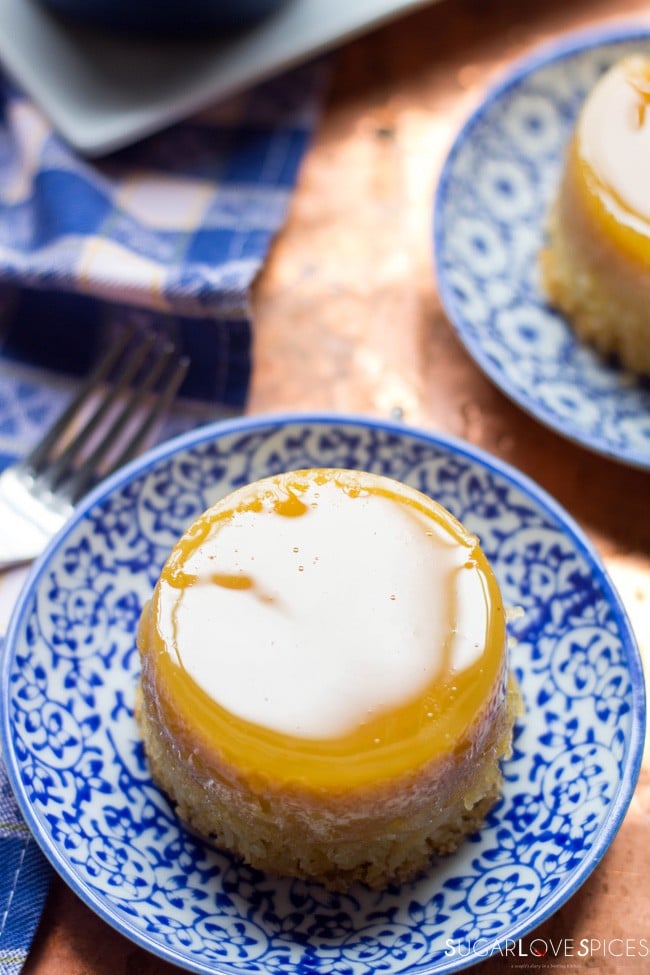 We are deeply enjoying touring the world virtually with our fellow bloggers of Around the World in 12 plates! Last month we were in Asia, in China, and many were the wonderful dishes we enjoyed. This month we're heading to South America, to the warm and colorful Brazil, and I can already smell the scents of cooking, hear the music playing, and see people dancing in the streets.

When I think of Brazil, I think of Salvador de Bahia, or simply Bahia, as everybody calls it, and its magic. A flurry of colors, sounds, bustle, richness, and poverty. Kids running and playing in the streets, capoeira dancers, and Carnival floats. I close my eyes, and my image of Bahia is forged by the stories of a beloved Brazilian writer whose books I devoured and that now grace a whole section of my Roman bookshelf: Jorge Amado. No surprise that in Portuguese, Amado means beloved.

"In Bahia, popular culture enters through the eyes, the ears, the mouth (so rich, colorful and tasty the culinary arts) and penetrates all the senses"

Amado wrote in "Bay of All Saints", a guidebook of Bahia, that is unfortunately out of print.

But what has Jorge Amado to do with a Brazilian dish we have to recreate for this month's ATW12P challenge? Well, Amado’s humble heroines, Tereza, dona Flor, Gabriela, whose stories and adventures I followed, are frequently of the belief that the indisputable way to a man’s heart is through his stomach, and more often than not they are proven right. From tasty appetizers to the thick, rich fish and coconut milk moqueca de camarao flavored with bright red dende (palm fruit oil) to the milder but equally complex seafood stews called ensopados, to the delirium of sugary concoctions like custard tarts, meringue puffs, and little balls of toasted coconut and sugar, they won their men's hearts.

When given the chance to recreate one of the many dishes I read about in Amado's books, I chose a dessert. Again, no surprise here, since I am the "sweet" side of the blog.

So, I am giving you Quindim, a Brazilian Dessert! 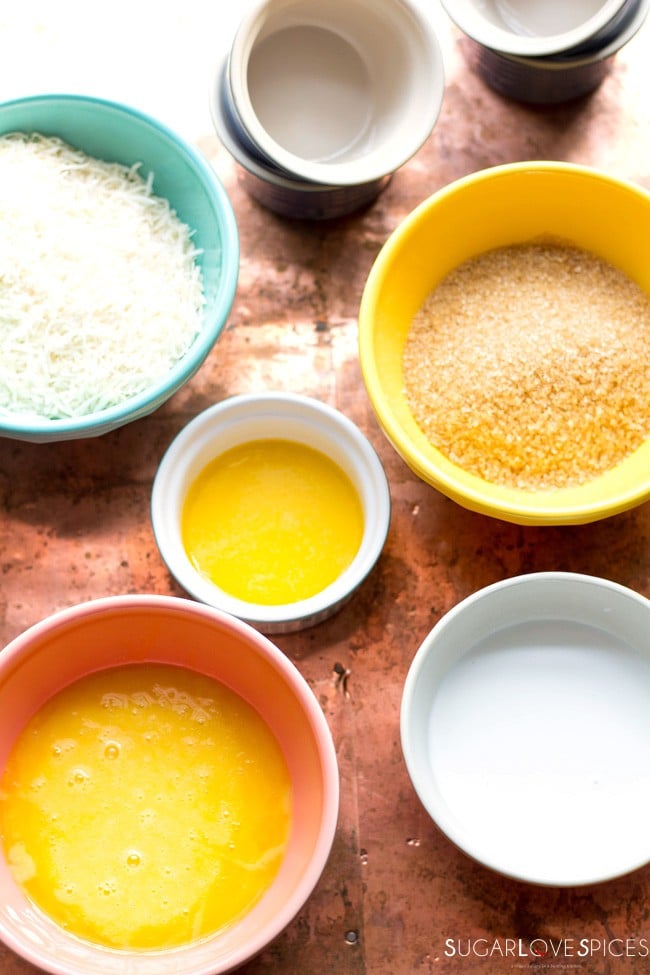 "Quindim" is a word of African origin. When it arrived in Brazil as a Portuguese sweet, its original recipe consisted mainly of eggs, sugar, and almonds. The almonds were not easy to find in Brazil, so the recipe was probably modified by the slaves in the Bahia region in the seventeenth century, thanks to the abundance of coconut in the region at the time. Bahian cuisine is a blending of African and Portuguese flavors and the Quindim is a sweet treat to be enjoyed after a meal as a dessert or in the afternoon as a rich snack. 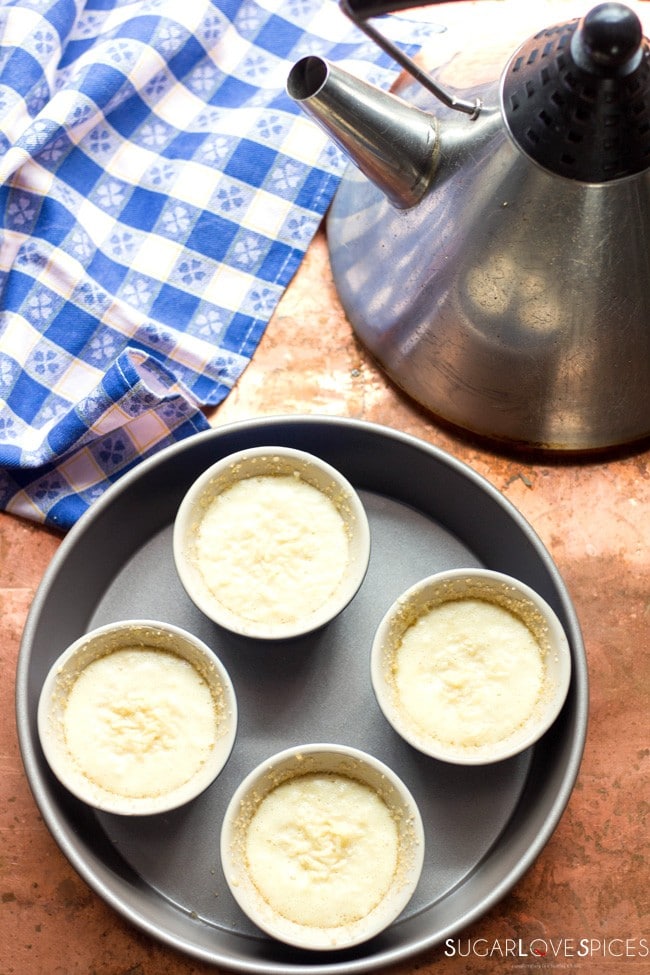 It does not take long to prepare, and it is actually fairly easy. Since there are just a few ingredients, their quality is important. Moreover, sifting the egg yolks and baking the quindim in a water bath are two crucial steps in the recipe. When the quindim come out of the oven, let them cool on a rack before trying to invert them onto a plate. You can use a pointed knife around the edges of the ramekins to help to remove them. Once inverted on a plate, they look like a creamy coconut set custard, similar to a flan, with a slightly gelatinous top and a crunchy bottom. 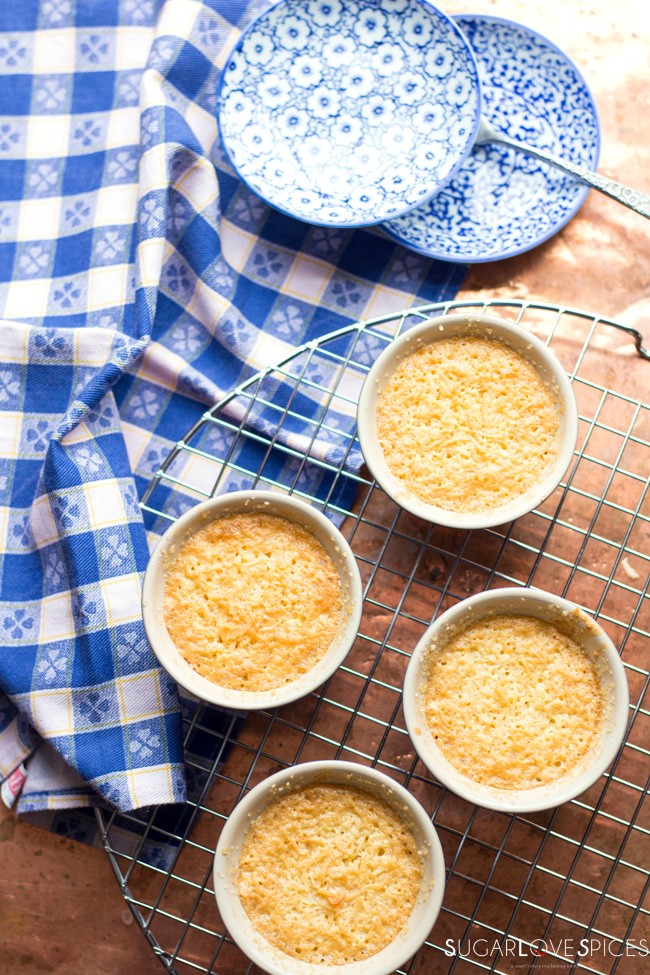 The fresh and exotic taste of the Quindim, with its glossy, creamy surface and rich, sugary and coconutty center, will captivate you at first taste. It can also be prepared in one large mold, in a ring shape, and in that case, it is called "Quindao" and is served in slices. 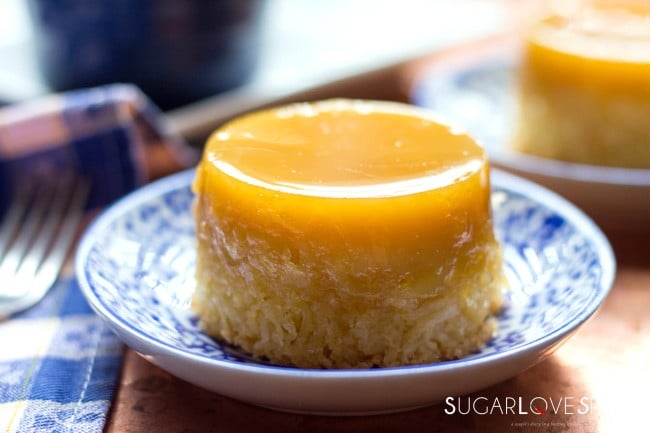 The flavor of this Quindim is similar to a caramel. Loreto said it tasted like a creme caramel pannacotta. I love the way it lures you in first visually. The coconut with its texture adding a nice dichotomy of flavor and experience to your tongue with its toasted edges and the topping so smooth and translucent offering some mystic curiosity to this dessert. I have to be honest, it is quite sweet and being one that loves the more subtly sweet, was pleased with the outcome but not ecstatic. But that being said, they are all gone which means it was liked.  For those of you with an extremely sweet tooth, this Quindim is for you!

For the bottom of the molds:

Quindim can be stored in the refrigerator for a few days. Better served at room temperature. 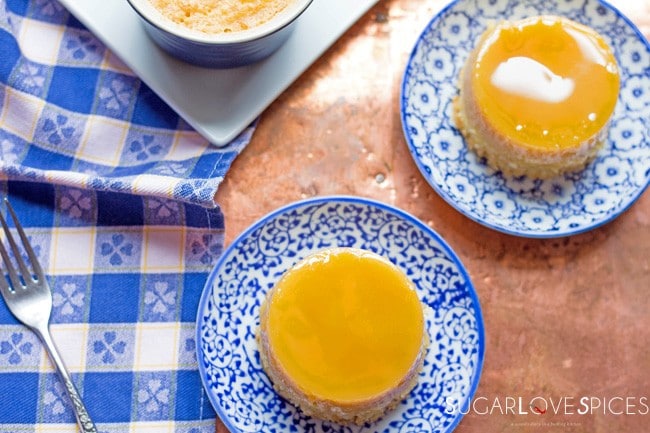 Thanks to  Gabby Peyton The Food Girl in Town, for creating and including us in "Around the World in 12 Plates", such an exciting adventure!

Make sure you check the rest of the amazing fellow bloggers that met the challenge for “Around the World in 12 Plates, Brazil”: 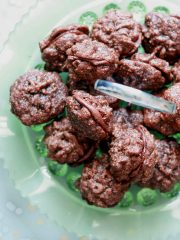 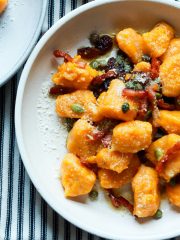 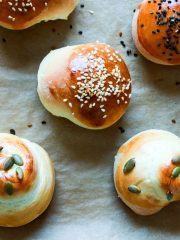 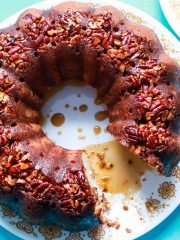