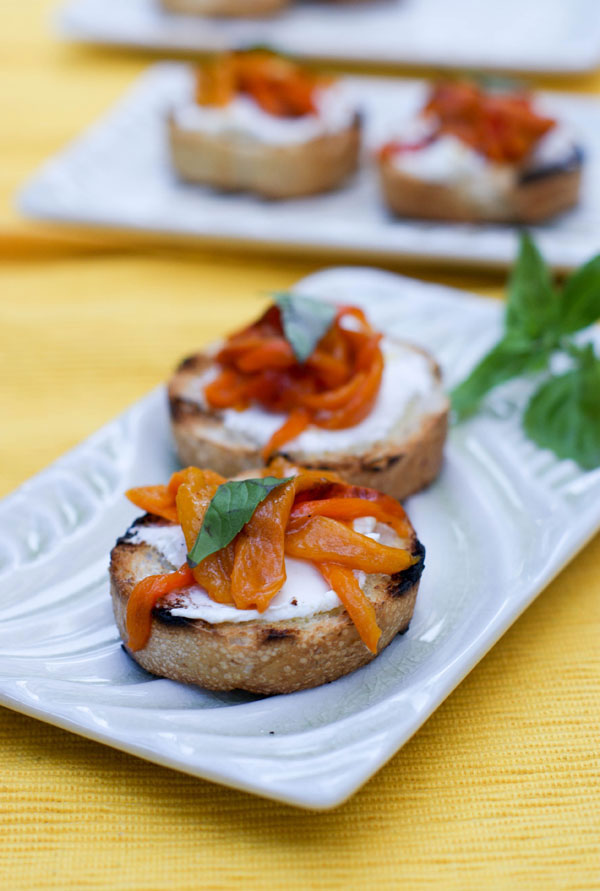 Hello guys! We've been pretty busy lately, with the road trip then back home catching up on housework, regular work, blog work, pictures editing, cats's care and planning on catering a beautiful Zen Event tonight for our dear friend Jane. So I hope you won't be too disappointed  if this recipe is just something easy, quick and fresh, but delectable all the same. I promise more baking in the next little while 🙂 .

The sweet mini peppers from B.C. had such a great look and promised an even better flavour, we thought that grilling them would be their best use. Loreto bought a nice whole wheat baguette, we had some wonderful organic cream cheese leftover from the cheesecake (by the way, this cream cheese is the best I had so far!), so the recipe developed pretty much by itself: Crostini with cream cheese and grilled peppers. Our backyard has an explosion of herbs right now, so we are not short of basil (one of our next recipes is going to be a homemade pesto) which is such a great addition to the flavors. 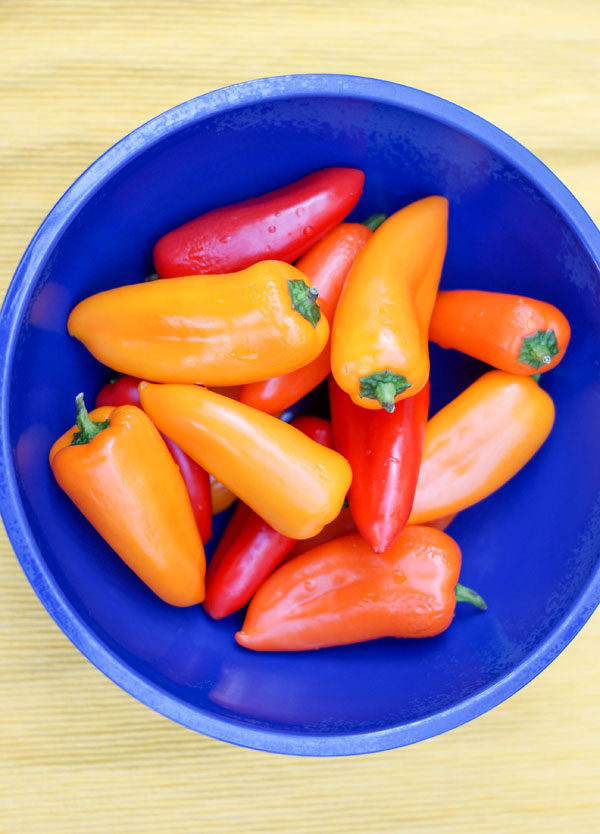 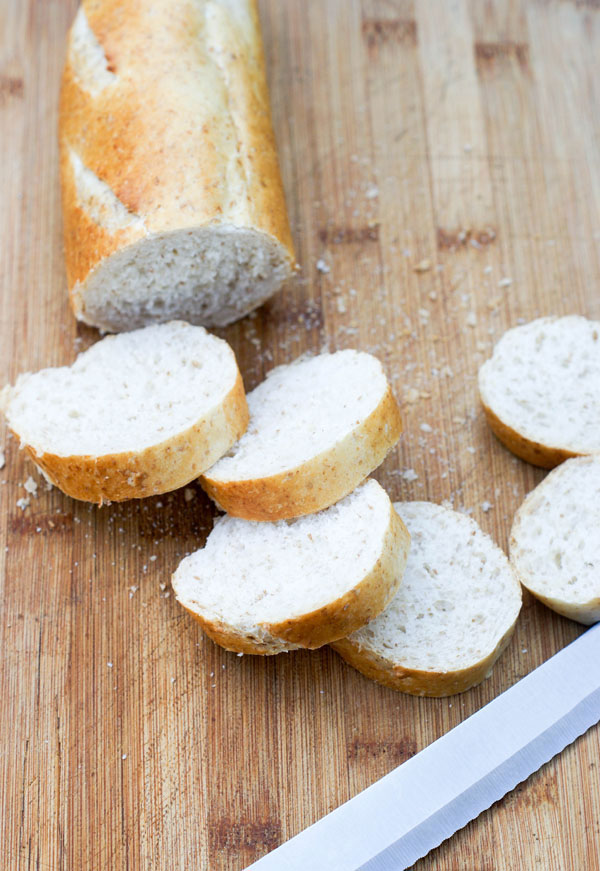 Washing the peppers and slicing the baguette won't take you more than 5 minutes. The only "time consuming" part is grilling the peppers on the bbq (I left that to Loreto 😉 ) but you can also grill them in the oven like I usually do when I'm in Rome, and taking the skin off. You have to do that when they're still kind of hot, so have some cold water close to your fingers to cool them down. I guess you can leave the skin on, if you don't mind it. I do. Wrapping them in plastic for a few minutes helps release the skin easier. Then you are going to julienne them, dress them in salt, pepper, minced garlic, extra virgin olive oil and that's it.

Your crostini, appetizer, side dish, main dish, snack, whatever you want it to be, are ready.

It was fast and painless, wasn't it? 🙂 And don't forget to let your creativity flow when arranging the crostini. 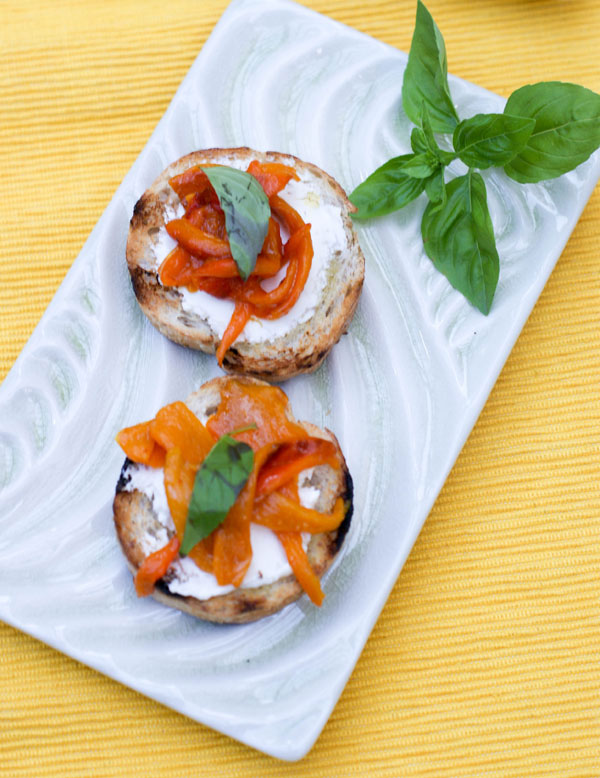 The leftover grilled peppers are good for a few days stored in the fridge in a tupperware. We use them in salads, on pizza, as a side dish.