The texture of a Clafoutis is something in between a custardy cake and a pancake. This Cherry Clafoutis, with slivered almonds on top, is delicious just out of the oven, for a delectable breakfast. 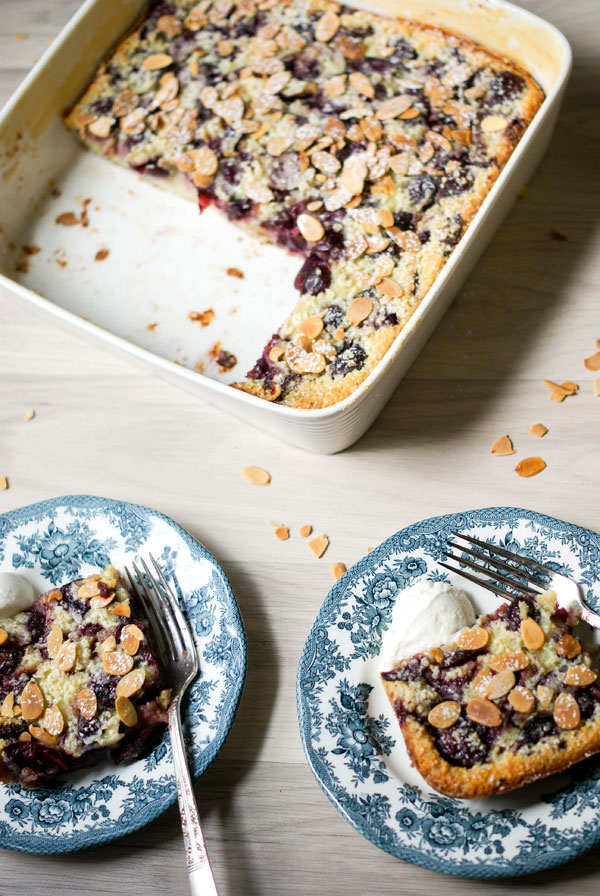 Usually Loreto is the one that makes breakfast. He is so good at it! He prepares the most amazing coffee and more often than not bakes fresh scones, whips up pancakes, french toasts, scrambled eggs. Less often, but still quite frequently: waffles, eggs benedict and omelettes. But even when he simply makes the coffee and toasts some bread in the toaster, his breakfast is so incredibly good that the smell drives me down the stairs even with my eyes closed.

This morning is my turn, though, I told him yesterday that I wanted to make a Cherry Clafoutis based on a recipe for Apricot Clafoutis that I found in Emeril Lagasse's Farm to Fork cookbook.

It all started with some beautiful British Columbia cherries, probably the last ones of the season, that we bought at the Strathcona Farmers Market and that were screaming to be utilized for something a little out of the ordinary. Beautiful crimson red fruits, sweet and juicy. 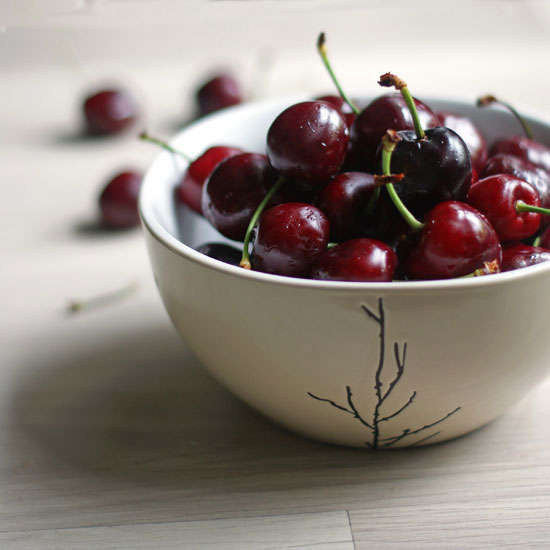 The Clafoutis is a french country dessert, originated in the Southern region of Limousin. The term clafoutis refers actually only to clafoutis aux cérises (cherry clafoutis), all the modern declination with other fruits should be called "Flongarde". For the purists, the cherries should be put whole and not pitted because -they say- they release an almond flavor. But who wants to take the chance to break a tooth while eating a dessert? So here I am, pitting the cherries. Moreover, Emeril's addition of almond meal in the batter and slivered almonds on top gives that nutty sweetness that we might lose by pitting the cherries. There you go. 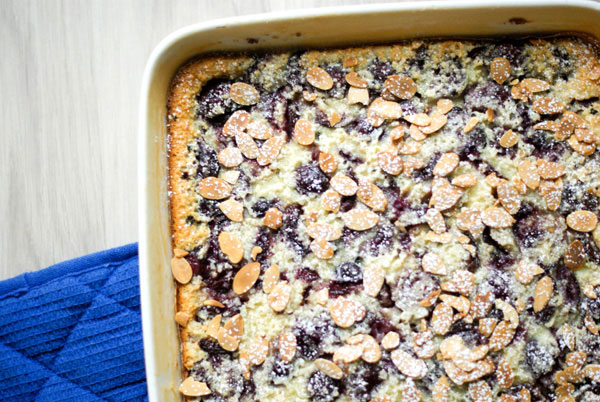 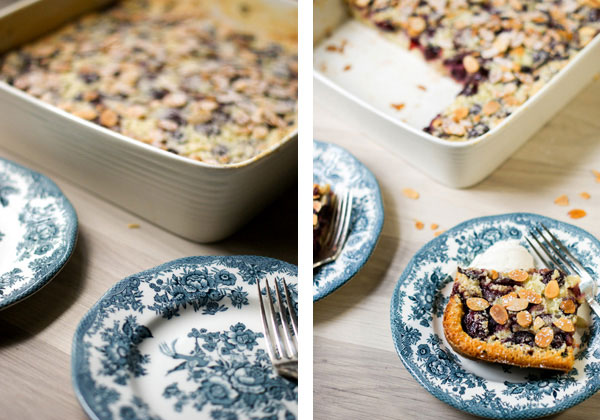 The texture of a clafoutis is something in between a custardy cake and a pancake. It is delicious just out of the oven, for a delectable, comforting breakfast. It is so simple yet it has so many levels of flavours. The "crepes-like" batter is rich and made with eggs, butter, flour, heavy cream, sugar and flavoured by the vanilla bean and the almond meal. The slivered almonds on top provide the crunch and the icing sugar an additional sweetness.

A piece of the Cherry Clafoutis, some whipped cream on the side, the delicious flavored coffee by Loreto and our morning has all the premises to turn into a great day! 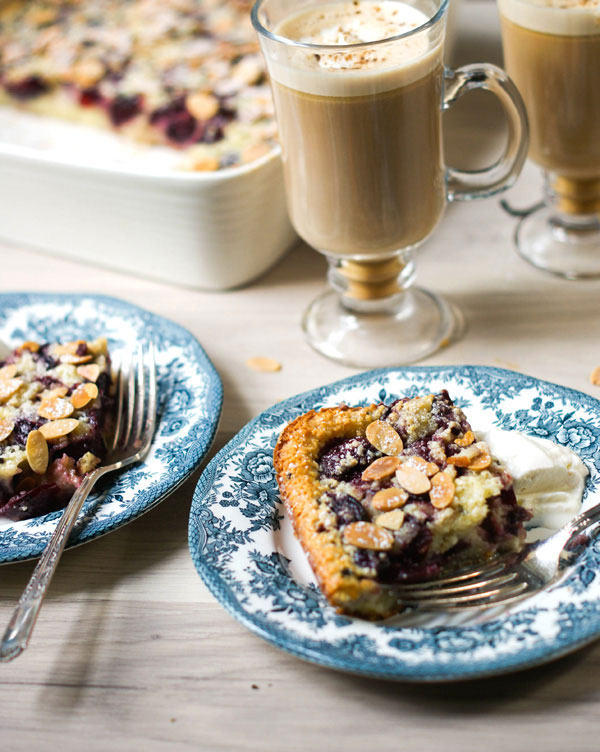 The clafoutis is delicious served warm from the oven. The almond flour adds a little bit of nutty sweetness.